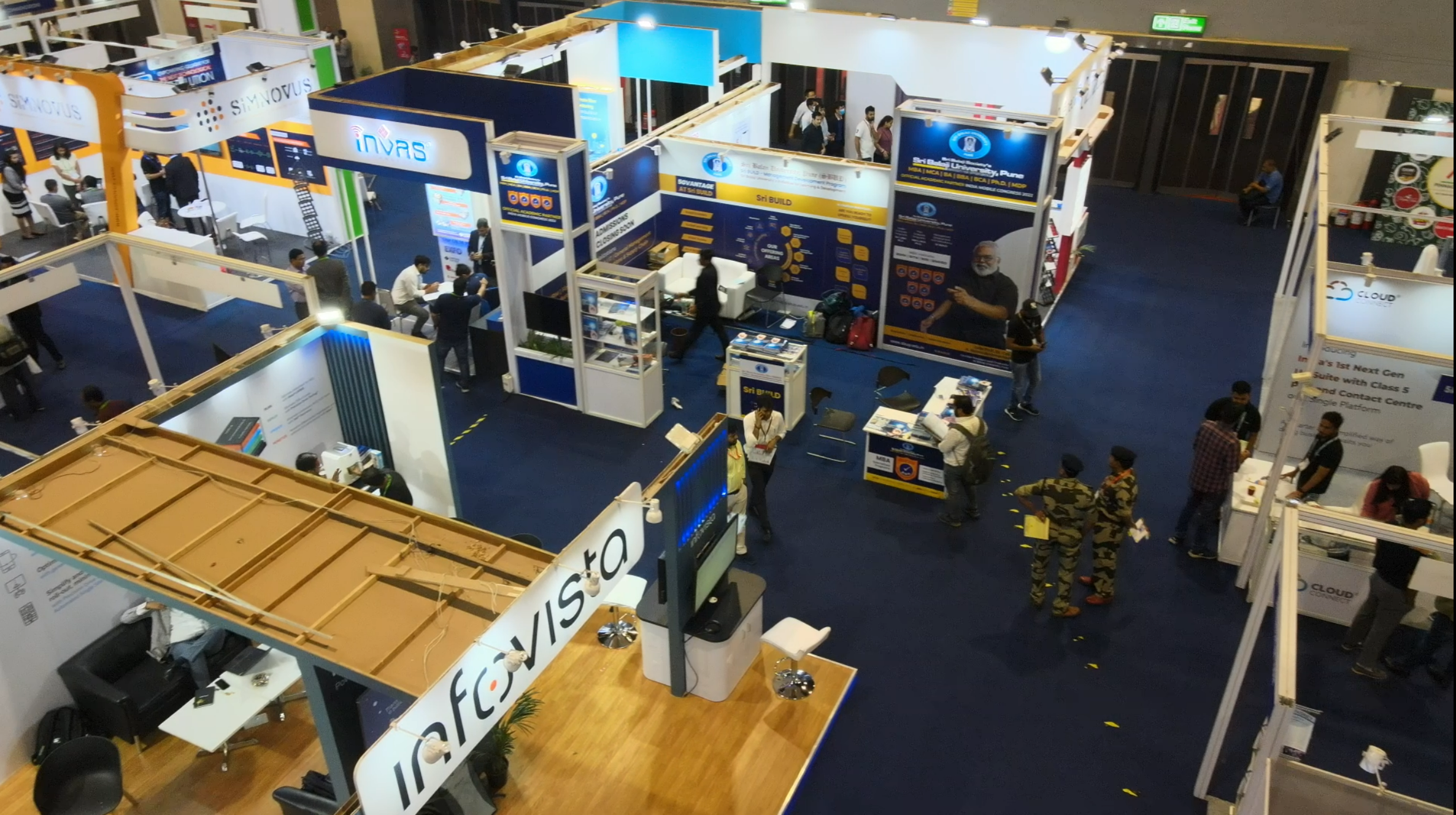 The idea of the new India that the Honourable Prime Minister Shri Narendra Modi has in mind is the Atmanirbhar Bharat Abhiyaan or Self-Reliant India campaign. The Atmanirbhar Bharat Abhiyaan (Self-reliant India campaign) was launched by our PM on May 12, 2020, and a special economic and comprehensive package of INR 20 lakh crores – or 10% of India’s GDP – was declared to combat the COVID-19 pandemic in India.

When the journey for 5G started we saw 5G advertising was everywhere as soon as you entered the IMC 2022 Pragati Maidan Convention Centre in New Delhi. 5G has been the primary focus of IMC during the past three years. 5G networks have started to roll out services this year after first being a promise and then a vision. The focus of the programme was largely on 5G and how it may improve your life. The concept that “5G” is more than just a tech fad was clearly emphasised by telecom carriers and gear manufacturers.

Native to India According to a top C-DoT official, 5G radios will be ready for commercial deployment in six months. At the India Mobile Congress, Prime Minister Narendra Modi launched the technology that C-DoT, Jio’s Radisys India, VVDN Technologies, and Wisig Networks together created to make a 5G call.

The made-in-India standard 5Gi is about to be legally adopted into the worldwide 5G standard, which will be a big win for the Department of Telecom (3GPP).

This will make it possible for manufacturers of telecom equipment, particularly domestic companies, to start implementing this standard to create network equipment for 5G services. The 5Gi standard has characteristics that make it possible for mobile phones to use more power. The standardisation of 5Gi with the international standard has resulted in a doubling of the handset power levels (increased from 23dbm to 26dbm). Technically known as pi/2 BPSK, a modulation method that was formerly optional under the 3GPP standard is now required. However, reports claim that some further crucial 5Gi capabilities have not been adopted by 3GPP.

The standard’s main selling point is that it would be useful for local use and improve rural connection. Additionally, it has the support of Indian IT firms including TCS, Saankhya Labs, HFCL, and Tejas Network. Their equipment will be more useful for the rollout of 5G in India thanks to the new standard. Also, Shri Narendra Modi ji pointed out that he is happy to see all the telecom equipment manufactured in India. Under the initiative of Atmanirbhar Bharat.

Making the nation and its people autonomous and self-sufficient is the goal. AatmaNirbhar Bharat is supported by five pillars: economy, infrastructure, system, vibrant demography, and demand. He further described these pillars.

Website designed and developed by PulsePlay Digital
with from Dharamshala, Himachal Pradesh, India

This website uses cookies to improve your experience while you navigate through the website. Out of these, the cookies that are categorized as necessary are stored on your browser as they are essential for the working of basic functionalities of the website. We also use third-party cookies that help us analyze and understand how you use this website. These cookies will be stored in your browser only with your consent. You also have the option to opt-out of these cookies. But opting out of some of these cookies may affect your browsing experience.
Necessary Always Enabled
Necessary cookies are absolutely essential for the website to function properly. These cookies ensure basic functionalities and security features of the website, anonymously.
Functional
Functional cookies help to perform certain functionalities like sharing the content of the website on social media platforms, collect feedbacks, and other third-party features.
Performance
Performance cookies are used to understand and analyze the key performance indexes of the website which helps in delivering a better user experience for the visitors.
Analytics
Analytical cookies are used to understand how visitors interact with the website. These cookies help provide information on metrics the number of visitors, bounce rate, traffic source, etc.
Advertisement
Advertisement cookies are used to provide visitors with relevant ads and marketing campaigns. These cookies track visitors across websites and collect information to provide customized ads.
Others
Other uncategorized cookies are those that are being analyzed and have not been classified into a category as yet.
SAVE & ACCEPT
wpDiscuz
0
0
Would love your thoughts, please comment.x
()
x
| Reply